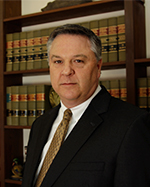 Born in Columbus, Mississippi, Todd Murrah is a shareholder at Glassman, Wyatt, Tuttle & Cox, P.C. and commonly serves as lead counsel for many of the firm’s construction, architectural, and engineering clients.  Having earned a Bachelor of Science in Petroleum Engineering, Todd has the background and skills to handle cases of a technical nature.  In addition to his focus on construction and engineering cases, Todd also practices in the areas of general commercial and business litigation, insurance and surety law, products liability, professional liability defense, patent, trademark and copyright litigation,  premises liability and security litigation. He is also part of the firm’s transportation litigation team, representing trucking companies in litigation throughout Tennessee, Mississippi, and Arkansas. Todd is licensed in several states and is a Patent Attorney, licensed with the United States Patent and Trademark Office.  Todd’s Notable Cases and accomplishments in his career to date include:

Todd is married to Marie Murrah and has two daughters, Mary Ashley and Natalie.