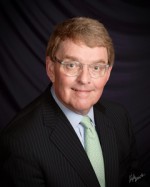 Dale Tuttle is Of Counsel with Glassman, Wyatt, Tuttle & Cox and is listed as one of the Best Lawyers in America for Insurance Law.  Many of Dale’s clients call on him to help with insurance coverage and insurance/reinsurance related disputes.  He has assisted in obtaining summary judgment decisions on behalf of his insurance law clients and insureds on a number of occasions, including through appeal to the Sixth Circuit Court of Appeals.  A select few of Dale’s many accomplishments on behalf of his clients include: