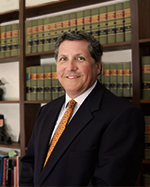 Carl Wyatt is a Shareholder within Glassman, Wyatt, Tuttle & Cox.  He was born Born in Trenton, Tennessee, on May 30, 1961.  He is married to Lee Ann Austin Wyatt.  Carl has two children, Nicholas and Carly Nicole.