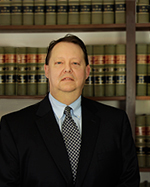 Jim Horner is a shareholder in Glassman, Wyatt, Tuttle & Cox, P.C. having joined the firm as an Associate in 1993.  Jim’s practice areas are diverse and he regularly handles some of the firm’s largest premises liability matters involving sensitive topics including third party murder and sexual assault.  Jim also routinely represents his clients a number of other fields including legal malpractice defense of Tennessee licensed attorneys and real estate litigation where he has protected realtors and real estate developers in litigation in multiple states.  Some of Jim’s achievements through his career include:

Jim is married to Kelly D. Horner and is the proud father of two daughters, Anna Paige Horner and Hadley Shea Horner.