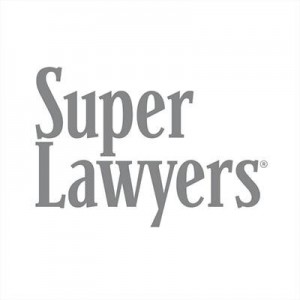 Glassman, Wyatt, Tuttle & Cox, PC is pleased to announce that six of its attorneys have been selected for inclusion in the 2016 Mid South Super Lawyers Listing.  Two of the firms members were selected as members of the Super Lawyers List – which is limited to no more than 5% of all licensed attorneys in the Mid South.

Senior Shareholder and Firm President Richard Glassman was included in the List for Super Lawyers for the tenth straight year in the fields of Professional Malpractice Defense and Professional Malpractice Plaintiff.  Mr. Glassman has consistently earned honors among his peers as one of the region’s finest trial lawyers, having tried more than 250 jury trials across the southeast.  He has achieved a multitude of accomplishments over his career spanning more than four decades, including being AV-rated, a Board Certified Pretrial and Trial Specialist and a member of the American Board of Trial Advocates, and a 2014 Memphis Magazine Top Lawyers of the Mid-South, as chosen by other attorneys.  Richard is also a Fellow in the Litigation Counsel of America (a by-invitation association of less than 1/2 of 1% of lawyers in the United States to promote superior advocacy and ethical standards) and was recently selected as a Fellow in the Tennessee Bar Foundation. Richard previously served as an Adjunct Professor of Law at the University of Memphis School of Law where he taught a course on Insurance Law.

Shareholder Ed Wallis was included in the List for Super Lawyers for the fourth straight year in the fields of General Litigation, Business Litigation, Construction Litigation and Will/Estate Litigation.  Mr. Wallis was originally selected as a Super Lawyer Rising Star in 2012, making this the fifth straight year he has been included in the Listing. Mr. Wallis is also an AV rated attorney, and he has assisted more than twenty clients receive One Million Dollars or more in settlements or trial verdicts throughout his career. He has likewise defended a number of clients that have been sued for millions of dollars and achieved successful resolutions including via arguments before the Sixth Circuit and Eighth Circuit Courts of Appeals and State and Federal Courts across the country.

Firm Associate Lewis Lyons was included for the fifth straight year as a Rising Star for General Litigation, Transportation Litigation and Professional Liability Defense.  Mr. Lyons regularly presents to lawyers in Tennessee on litigation tactics and tips. He is AV rated and is a former law clerk to a Shelby County Circuit Judge.  Mr. Lyons is a member of the Transportation Lawyers Association and represented a trucking company as lead counsel in declaratory judgment/breach of contract case on indemnity issue where he secured dismissal of the case at the trial level and successfully defended appeal for his client.

Firm Associate Ronna Kinsella was included for the third straight year as a Rising Star for Transportation Litigation, Professional Liability Defense, General Litigation, and Personal Injury Plaintiff.  Ms. Kinsella is licensed in Tennessee, Mississippi and Arkansas and routinely helps the firm with complex litigation involving products liability, transportation and more.  She has successfully represented clients at both the state and appellate level throughout Arkansas, Mississippi and Tennessee in both state and federal courts.  She is a member of the Defense Research Institute (DRI) and currently serves as the Vice Chair of the DRI Professional Liability Publications Committee.

Firm Associate Jonathan Stokes joins the Rising Star List for the first time in 2016 in the fields of Professional Liability: Defense, Business Litigation and General Litigation. Jonathan Stokes is an Associate with Glassman, Wyatt, Tuttle & Cox and enjoys a diverse litigation practice, with special emphasis on legal malpractice, business disputes, corporate debt restructuring, and personal injury.  Mr. Stokes takes particular interest in defending attorneys across the State of Tennessee accused of legal malpractice arising out of multiple underlying areas of law, as well as representing companies and their shareholders in pursuing and defending all types of legal claims.  He is a former member of the Leo Bearman Inn of Courts and received his law degree from the University of Memphis School of Law.

Glassman, Wyatt, Tuttle & Cox is a boutique law firm based in Memphis, Tennessee engaging only in civil trial litigation in courts primarily around the Mid-South, including in Tennessee, Arkansas, Mississippi, Kentucky and Alabama.  Its lawyers focus their talents on helping clients achieve the best possible results in their trial and arbitration matters both inside and outside the courtroom.  The firm is renowned for its ability to handle the most difficult legal situations with targeted and steadfast intensity.