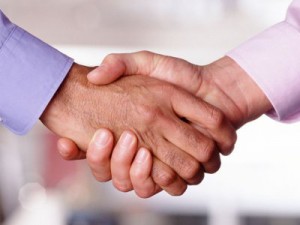 A recent case shows a Tennessee partnership dispute. The Court of Appeals for the Eastern Section issued its opinion in Huddleston v. Harper, et al. on June 30, 2015. The plaintiff sued his former business partner after an alleged fraud. Plaintiff sold his interest in the partnership, the primary asset of which was a large building in Maryville, Tennessee. However, according to the allegations, the former partner and the buyer concealed the fact the partnership filed an insurance claim for damage to the building’s roof. The insurance claim was an asset that turned out to be worth over one million dollars. The insurance company paid this amount to the partnership shortly after Plaintiff sold his interest. Plaintiff claimed that Defendants fraudulently represented that the value of the building was about a million dollars less than its actual value because of the damage to the roof. Plaintiff alleged that he was fraudulently induced to sell his one-half interest for much less than its actual value. Plaintiff also alleged that his former partner signed Plaintiff’s name to a check from the insurance company without his permission, and that the Defendants committed what is known as “promissory fraud” by inducing Plaintiff to endorse a second insurance check with the promise “to make things right with” him.

However, the Court of Appeals determined that there were factual disputes about whether the former partner and the buyer failed to disclose a material fact. According to the Court, the plaintiff presented evidence which, if believed by the jury, established that Defendants failed to disclose an important fact ‒ the existence of a potential asset of the partnership worth over a million dollars.

This case serves as an important reminder that partners owe each other a fiduciary duty in all matters pertaining to the partnership. Since 2002, when Tennessee adopted the Revised Uniform Partnership Act, these duties have been set forth by statute. See T.C.A. § 61-1-404. This case also demonstrates the viability of a cause of action for promissory fraud in Tennessee, which, unlike negligent or intentional misrepresentation, may be based upon alleged misrepresentations involving future events, not only past or existing facts.

The attorneys at Glassman, Wyatt, Tuttle & Cox, P.C. are experienced in handling business disputes, including disagreements arising from a partnership. We are well versed in counseling clients in an effort to avoid litigation, and if litigation is inevitable, we have the skills and expertise to prosecute or defend your case. Please contact us for more information today: