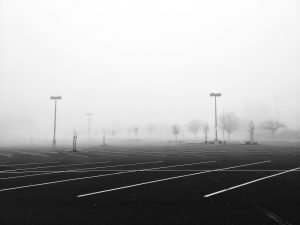 As Tennessee trial attorneys we are regularly asked to review cases that may involve serious injury or death to persons on premises – such as shopping centers, apartment complexes, gas stations, shopping malls and more. The law is quite complex on this issue, so please contact us today to discuss how our firm can best review the facts and provide legal insight.

We asked attorney Ed Wallis in our firm to provide an illustration about premises liability questions that those contacting our firm normally have.

The Law In Tennessee

In Tennessee, as with any claim for negligence, a plaintiff must prove: (1) a duty of care owed by defendant to plaintiff; (2) conduct below the applicable standard of care that amounts to a breach of that duty; (3) an injury or loss; (4) cause in fact; and (5) proximate, or legal, cause. There are three major issues when considering premises liability actions for criminal acts committed by another: (1) does the business owner owe any duty to protect the individual harmed by the criminal act; (2) may the business owner pass any blame for the harm caused to the victim onto the criminal actor or the victim; and (3) are criminal acts by third parties superseding intervening causes?

The Duty of Care Owed

The duty owed by a business owner to an individual on the business’ premises is determined by the law. Basically, businesses should take reasonable measures to protect their customers from foreseeable criminal attacks. What is reasonable and what is foreseeable is the crucial question in Tennessee when a person is attacked, assaulted or killed at a public premises, such as a shopping center assault or an apartment complex shooting.

A business is not to be regarded as the insurer of the safety of its customers, and it has no absolute duty to implement security measures for the protection of its customers. At the same time, it is generally understood that a business has a duty to take reasonable steps to protect customers if the business knows, or has reason to know, either from what has been or should have been observed or from past experience, that criminal acts against its customers on its premises are reasonably foreseeable, either generally or at some particular time

To assess whether a criminal act is “reasonably foreseeable,” a court will balance the degree of foreseeability of the harm against the burden of the duty to be imposed on the premises owner.

In cases in which there is a high degree of foreseeability of harm and the probable harm is great, the burden imposed upon the defendant might be substantial. On the other hand, in cases in which a lesser degree of foreseeability is present or the potential harm is slight, lower burdens may be imposed. By way of illustration, using surveillance cameras, posting signs, installing improved lighting or fencing, or removing or trimming shrubbery might, in some instances, be cost effective and yet greatly reduce the risk to customers. The question of what is enough will depend on the facts.

Prior criminal incidents are only one factor to be weighed by courts and does not by itself establish a duty. Nonetheless, the criminal activity in a geographic area will come into question in looking at a duty owed by a business to an invitee, resident or third party guest.

Foreseeability alone does not establish the existence of a duty as a court must also consider whether imposing a duty to take reasonable measures to protect patrons from the consequences of criminal acts of third persons would place an onerous burden-economic or otherwise-upon defendants. In other words, does the burden outweigh the foreseeability and gravity of the possible harm, so as to preclude the finding of a duty to take reasonable steps to protect patrons. This balancing approach takes into account both the economic concerns of businesses and the safety concerns of customers.

Criminal Conduct of Others

Can a business owner pass any blame for the harm caused to the individual onto the criminal actor? in general in Tennessee, the conduct of a negligent defendant should not be compared with the intentional conduct of another in determining comparative fault where the intentional conduct is the foreseeable risk created by the negligent tortfeasor” when only the allegedly negligent defendant has been sued. Where the intentional actor and the negligent actor are both named defendants in a suit and each are found to be responsible for the plaintiff’s injuries, then each defendant will be jointly and severally responsible. This is a legal question to be discussed with counsel.

While apportionment of fault onto the criminal actor may not be appropriate, a plaintiff may still be partially at fault for their actions. Tennessee allows a jury to apportion fault between the parties when a defendant has plead the affirmative defense of the plaintiff’s relative fault, the reasonableness of the plaintiff’s conduct in confronting a risk should be determined under the principles of comparative fault. This is true even when the plaintiff is a victim of a third-party criminal act. As an illustration, comparative fault could exist against a plaintiff when she reentered a mall after she reached the safety of her vehicle, despite her awareness of being stalked by someone in the mall, and was then abducted.

The best example of how foreseeability may affect whether a third-party criminal act is an intervening or superseding cause involves two cases reported by the Tennessee Supreme Court in which keys were stolen.

In the first, a criminal stole a car and injured the plaintiff while attempting to elude the police. McClenahan v. Cooley, 806 S.W.2d 767, 776 (Tenn. 1991). The car was allegedly stolen as a result of the defendant’s negligent failure to remove the keys from his parked car, which was unattended an in an area where the public had access to it. The Supreme Court concluded that the stealing of the car was not a superseding, intervening cause worthy of summary judgment because “reasonable minds can differ as to whether a person of ordinary prudence and intelligence through the exercise of reasonable diligence could foresee, or should have foreseen, the theft of an unattended automobile with the keys in the ignition left in an area where the public has access, and could likewise foresee the increased risk to the public should a theft occur.”

However, in Doe v. Linder Const. Co., Inc., 845 S.W.2d 173, 181-82 (Tenn. 1992), the rape of a woman by a man who gained entry to the victim’s house by gaining access to keys due to the alleged negligence of the defendant was a superseding cause. There, the Supreme Court upheld a trial court’s granting of summary judgment because it found that the criminal act of stealing keys was not reasonably foreseeable since the criminal actor was a contractor for defendant whose duties required his presence in the building where the key was stored. Further, the key was not taken, as claimed by the plaintiff, as a result of “the [defendants’ storing of] the pass keys in a common area frequented by prospective buyers, construction workers and staff,” nor as a result of “the model home [having been] left unattended by the defendants and unauthorized persons [having been] allowed to enter the model home when no one was present,” nor as a result of “the pass keys [having been] clearly identified by a lot number and … stored in an unlocked closet in an unlocked box,” nor as a result of “no security procedures [having been] instituted to control access to the pass keys and such keys [never having been] inventoried.

Premises liability assaults, shootings and deaths are complex facts involving the facts and law. Our firm is available to speak about any such claim at your convenience by filling out a form below for more information: