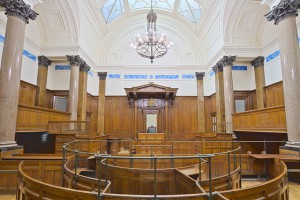 Our Firm has a Probate Litigation practice group that assists clients with will, trust and conservatorship challenges in Tennessee courts.

In the McMillin case, a son was alleged to have exerted undue influence over his mother via switching bank accounts to his name as the beneficiary upon death and also naming himself as the executor of his mother’s Estate via her will. Soon thereafter, the son began building a new home by using cash from the mother’s bank accounts. He served as the general contractor. After the mother’s death, the son paid each of the three heirs $170,000.00. The two siblings then filed suit alleging their brother’s wrongdoing.

Much evidence is needed in an undue influence action, and this level of evidence was presented in McMillin.   Neighbors testified at the time of the banking/Will changes, the mother was in a state of confusion. An expert physician reviewed an MRI and diagnosed post-death the mother with a brain disorder. The jury determined there was a confidential relationship.

In Tennessee, where there is a “confidential relationship followed by a transaction wherein the dominant party receives a benefit from the other party, a presumption of undue influence arises, that may be rebutted only by clear and convincing evidence of the fairness of the transaction.” See Matlock v. Simpson, 902 S>W.2d 384, 386 (Tenn. 1995). The burden is no longer on the challenging party; it shifts to the dominant party. Id. In the McMillin case, the accused son was unable to rebut the burden. The challenging siblings showed there was $615,000.00 missing from the checking accounts, and the net difference between the amount taken and the value of the constructed home was awarded to the two siblings.

Disputes such as the one in McMillin are not easy on any level. We stand ready to counsel our clients through this difficult time. We would welcome the chance to speak with you today at (901) 527-2125.

While each claim is different, the Morrison case helps reveal the specific types of evidence needed to prove undue influence. Feel free to contact our firm for more information to see if we can help: