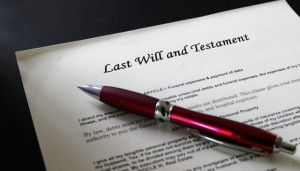 Our Firm has a Probate Litigation practice group that assists clients with will, trust and conservatorship challenges in Tennessee courts. The case of In re Estate of Harold Curtis Morrison, No. E2014-00764 (Tenn. Ct. App. May 14, 2015) (Morrison) looked at a question involving the pre-death, inter vivos transfers of all real and personal property to a decedent’s friend and caretaker.

Decedent Harold Morrison (“Mr. Morrison”) died on May 25, 2012 at the age of seventy with no widow and no children. He owned two large tracts of land and various personal property, including a significant amount of tractors and farm equipment. After Mr. Morrison’s death, his brother filed an action to set aside inter vivos transfers from Mr. Morrison to a farmhand based on undue influence on a Tennessee testator.

In Tennessee, a fiduciary relationship (such as guardian/ward, attorney/client, conservator/incompetent) is confidential per se because of the legal status of the parties. Johns, 96 S.W.3d at 197. Other relationships, however, are not per se confidential. Id.   The party claiming there is a confidential relationship holds the burden of doing so. Brown v. Weik, 725 S.W.2d 938, 945 (Tenn. Ct. App. 1983). In fact, there

must be a showing that there were present the elements of dominion and control by the stronger over the weaker, or there must be a showing of senility or physical and mental deterioration of the donor or that fraud or duress was involved, or other conditions which would tend to establish that the free agency of the donor was destroyed and the will of the donee was substituted therefor.

While each claim is different, the Morrison case helps reveal the specific types of evidence needed to prove undue influence. Feel free to contact our firm for more information to see if we can help: