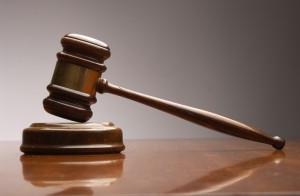 Our Firm has a Probate Litigation practice group that assists clients with will, trust and conservatorship challenges, claims and petitions in Tennessee courts. A recent Tennessee Court of Appeals case addresses some of the principal issues surrounding a will contest by a disinherited family member.

In re Estate of Leonard Malugin, No. M2014-01535, is a will contest case. The Decedent executed a will in 2006 and a codicil to the will in 2012. The will specifically disinherited a daughter of the Decedent. The disinherited child contested the will, arguing that the Decedent lacked the testamentary capacity to execute either the will or the codicil and that the will was executed under undue influence. The trial court found and the Court of Appeals affirmed that the daughter’s allegations were without basis in law. The daughter was limited to a $1,000 recovery under the will.

In Tennessee the “law requires that the testator’s mind, at the time the will is executed, must be sufficiently sound to enable him or her to know and understand the force and consequence of the act of making the will.” In re Estate of Elam, 738 S.W.2d 160, 171-72 (Tenn. 1987). “The testator must have an intelligent consciousness of the nature and effect of the act, a knowledge of the property possessed and an understanding of the disposition to be made.” Id. at 172.

To challenge a will on the basis of lack of capacity, you will need to have much proof from others that the testator was not acting as one with a clear mental state. Witnesses will need to testify that a testator, for example, could not follow instructions, was confused, called persons by the wrong name, suffered from mental infirmities, and the like. In re Estate of Leonard Malugin confirms that a casual look at a single point in time is not sufficient. Challenging a will can be a difficult process. You must be willing to leave no stone unturned. Contacting a will contest lawyer is a good first step: