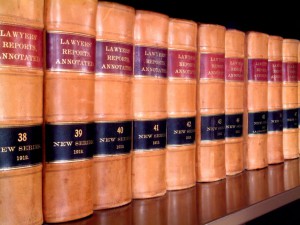 It matters not that a contract is an attorney-client agreement, as similar rules of contract interpretation will apply.  In fact, a Tennessee court is likely to pay even closer attention to an agreement between attorney and client.

The court’s initial task in construing the retainer agreement at issue is to determine whether the language is ambiguous. When the language of the contract is plain and unambiguous, the court must determine the parties’ intention from the four corners of the contract, interpreting and enforcing it as written. If, however, the words in a contract are susceptible to more than one reasonable interpretation, the contract is ambiguous, and the parties’ intent cannot be determined by a literal interpretation of the language. When a contractual provision is ambiguous, a court is permitted to use parol evidence, including the contracting parties’ statements regarding the disputed provision and pre-contract negotiations, as well as their conduct, to guide the court in construing and enforcing the contract.

When interpreting a contract, courts will impose a construction that is fair and reasonable.  Specifically, when the language of an agreement is contradictory or ambiguous, or  where its meaning is doubtful so that it is susceptible to two constructions, one of which makes it fair, customary, and such as prudent men would naturally execute, while the other makes it inequitable, unusual, or such as reasonable men would not be likely to
enter into, the interpretation which makes a rational and probable agreement must be preferred.  If the conduct of the parties subsequent to a manifestation of intention indicates that all of the parties placed a particular interpretation on it, that meaning is adopted if a reasonable person could attach it to the manifestation.

These general rules of contract law also apply to contracts between attorneys and clients. An attorney-client agreement, however, is subject to a higher level of scrutiny by the courts. Attorneys must deal with their clients in the utmost good faith. This level of good faith is significantly higher than that required in other business transactions where the parties are dealing at arm’s length.

The Glassman, Wyatt, Tuttle & Cox, PC team of lawyers have decades of experience in handling contract review, drafting and interpretation.  If litigation is required involving a contract, our team of lawyers is here to help.  Please contact us for help by calling (901) 527-2125 or complete this form: