Richard is involved as lead trial counsel in most of the firm’s largest and most high profile, complex matters, leading both Associates and fellow Shareholders through novel and complex areas of the law.  His clients range widely and encompass a number of practice areas, but his commitment to clients does not waver.  Richard works tirelessly for his clients, and he works equally as hard for his community.  A small sampling of some of Richard’s achievements include:

Mr. Glassman has been a guest lecturer for the following on a wide variety of topics, including Legal Malpractice and Attorney Ethics:

In addition, Mr. Glassman has been a frequent speaker at seminars lecturing on legal malpractice and attorney ethics in Tennessee, Arkansas, and Mississippi for over 25 years.  Richard also completed the Tennessee Bar Association Faculty Development Training in 2011.  As noted above, he previously served as an Adjunct Professor of Insurance Law at the University of Memphis School of Law.

Richard Glassman, and his wife Susan Lawless-Glassman, are tireless supporters of the Memphis community, having supported many charities, associations and projects over the past 40 years.   Richard believes strongly in giving back to the community and supporting those in need and has served in a number of capacities over the years including:

Since 1997, Richard has been a “Big Brother” to William Terrell (now an associate attorney in the firm) through Big Brothers/Big Sisters of Greater Memphis.  Richard has also served as the annual fund-raising chairperson for BBBS on two occasions, and he has and served as a board member for many years.  Richard’s dedication and commitment to Big Brothers/Big Sisters of Greater Memphis is described in the following article in the Commercial Appeal: From little brother to lifelong friend.

Richard is married to Susan Lawless-Glassman and has four children: Samantha Glassman Carder, Lauran Glassman Stimac (also now an associate attorney in the Firm), Kathryn Glassman, and Zoe Glassman.  He is an avid supporter of Memphis Tigers Athletics.

Richard served as a behind the scenes legal consultant for the NBC legal drama Bluff City Law while it aired nationally. 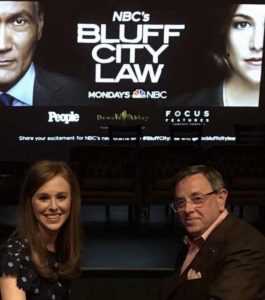 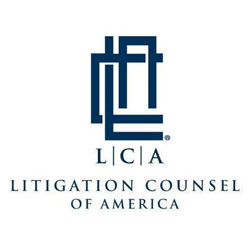