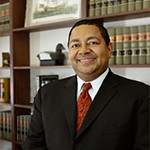 Memphis, Tennessee trial attorney and Glassman, Wyatt, Tuttle & Cox, PC Shareholder Robert Cox has been highlighted as the incoming President of the Board of the Orpheum Theater Group.  Robert has now spent eight years serving the Memphis community via his service on the Orpheum’s Board of Directors.  When asked about his service to the Board,… END_OF_DOCUMENT_TOKEN_TO_BE_REPLACED

Robert Cox, a shareholder with Memphis, Tennessee based Glassman, Wyatt, Tuttle and Cox, P.C., has been named Co-Chair of the Fundraising Committee for Planned Parenthood of the Greater Memphis Region. The Memphis chapter announced a $12 million fundraising campaign, titled the “Now Campaign,” and led by Robert Cox, it has already secured $9.8 million in… END_OF_DOCUMENT_TOKEN_TO_BE_REPLACED