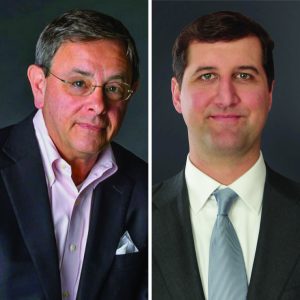 Richard Glassman and Ed Wallis received a favorable ruling from the Sixth Circuit Court of Appeals in a matter in which Mr. Glassman and Mr. Wallis represented an attorney accused of legal malpractice and a violation of her client’s Civil Rights.  The case, which was filed in the United States District Court for the Middle District of Tennessee, alleged that a lawyer appointed to represent a client in a criminal proceeding committed various wrongful acts.  The Firm filed a Motion to Dismiss in the Nashville, Tennessee federal court, and the Motion was granted in full as to the Firm’s client.

On appeal, the injured party alleged before the Appellate Court that the Firm’s client and a host of others committed wrongful acts that violated his constitutional rights.  The Sixth Circuit Court of Appeals was not convinced by the former client’s arguments, and dismissal of the case was affirmed in all respects as to the Firm’s client.

The recent opinion marks the second favorable opinion for Mr. Glassman and Mr. Wallis of the Firm’s clients in a legal malpratice setting before the Cincinnati, Ohio appellate court.