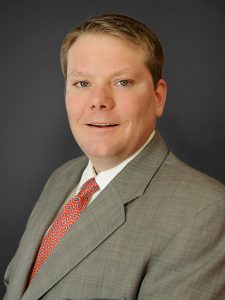 Lewis Lyons was recently listed as an approved mediator by the Tennessee Alternative Dispute Resolution Commission. The Commission administers the procedure for training and approving mediators for use by the courts pursuant to Tennessee Supreme Court Rule 31, which established court-based alternative dispute resolution on a state-wide basis.

Mr. Lyons has appeared as an advocate in countless mediations and judicial settlement conferences on behalf of the firm’s clients over the years. “I look forward to serving in a new role as a third-party neutral to facilitate conflict resolution,” Lyons said.

Having represented clients on both sides of disputes in a variety of commercial and personal injury cases in all phases of litigation, Lyons brings a unique perspective and background to his mediation practice. “Being a great listener is among the attributes I’ve seen in some of the excellent mediators with whom I’ve worked; it is one I aim to emulate.”

Mr. Lyons has also served as a court appointed guardian ad litem for approximately 100 children seeking court approval of personal injury settlements. “This is a testament to the trust our judges have in Lewis to help parties navigate the often complex issues that arise with medical and insurance liens, special needs trusts, and the like,” said senior shareholder Richard Glassman. “Serving as a mediator is a natural progression from my work as guardian ad litem. I’m excited to get to work.” Lyons will concentrate his mediation practice in personal injury, consumer and breach of contract disputes