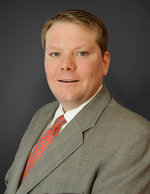 Rhodes College, in Memphis, Tennessee, has once again been selected as a host site for the opening rounds of the AMTA’s Championship Series. The AMTA annually hosts a series of competitions from February through April to foster the development of undergraduate students in the areas of leadership, public speaking, rhetoric, and persuasion through a legal forum. The top teams from each Regional receive a bid to an Opening Round Championship Series (ORCS) tournament in March. After the ORCS round, the top six teams from each ORCS tournament will receive a bid to the National Championship Tournament in April. Firm member Lewis Lyons, a Rhodes alumnus, has been an active volunteer over the years assisting recruit judges from the Mid-South legal community and serving as a judge himself.