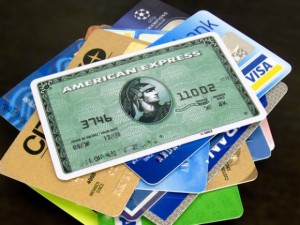 What Does a Consumer Do When Confronted With an Error on their Credit Card Statement?
Written by Glassman, Wyatt, Tuttle & Cox, PC Attorney Lewis Lyons
E-MAIL: E-mail Lewis Lyons

Fraud Alert! These two words can be the source of great anxiety for consumers that have been the victim of identity theft or other unauthorized use of a credit card.  Fortunately, there are laws in place that impose obligations on the card issuer to investigate unauthorized charges.

The Fair Credit Billing Act (FCBA) is a United States federal law enacted in 1974 as an amendment to the Truth in Lending Act (codified at 15 U.S.C. § 1601 et seq.). Its purpose is to protect consumers from unfair billing practices and to provide a mechanism for addressing billing errors in “open end” credit accounts, such as credit card or charge card accounts.

Financial institutions that issue credit cards are bound by several duties imposed by the FCBA, including a duty to conduct a reasonable investigation into a properly reported billing error dispute.  However, the FCBA also has many technical requirements that consumers must meet in order to be fully protected.

The FCBA allows consumers to dispute billing errors by sending a written notice of the dispute to the creditor. Consumers must send a written dispute via mail to the “billing inquiries” address on their credit card statement, not the address for sending payments. This dispute must be received by the card issuer within sixty days of the statement date on the account statement that first contained the billing error. Notice given by telephone is not sufficient to trigger the protections of the FCBA; rather, a consumer can only protect their rights under the Act by sending a written notice.

In the event of a violation by a credit card issuer, you may be entitled to additional damages over and above the simple correction of the billing error or refund of the unauthorized charges, including the recovery of attorney’s fees.

Our firm has handled consumer cases such as those that arise under the FCBA.  If you believe you have been a victim of credit billing error or other consumer abuse, please call Lewis Lyons at (901) 527-2109 or E-Mail Mr. Lyons today.