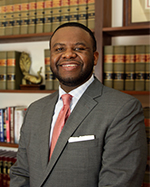 Through the Pegasus Scholarship Trust, two American Inns of Court members travel to London, England for six weeks to study the English legal system. The Pegasus Scholarship scheme makes it possible for gifted young lawyers – the future leaders of their profession – to learn about the practical working on the common law system in countries other than their own and to form enduring links with lawyers in those countries. Pegasus scholars spend the majority of their time in barrister’s chambers.  Most of the time, the scholars observe trials or arguments in action.  In addition to time spent with barristers, activities are arranged to help round out the scholars’ English experience. In the past, the trust has made arrangements for scholars to observe proceedings in the Supreme Court of the United Kingdom, followed by a discussion of the proceedings with the justice. Scholars will also tour courts in Scotland and Northern Ireland.

William was one of two lawyers selected to travel internationally this summer to the United Kingdom, Scotland and Northern Ireland.  As part of his travels, he will represent not only our Firm but also the Inns of Court members nationwide. 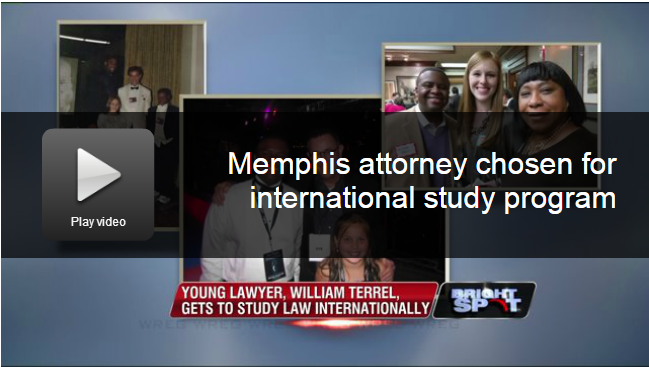 Memphis CBS affiliate WREG featured William and Shareholder Richard Glassman on its December 16, 2015 broadcast.  William and Richard met through the Big Brothers Big Sisters program in Memphis.  By clicking the image above, you will be able to view the WREG story in full.