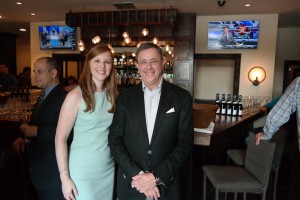 Glassman, Wyatt, Tuttle & Cox, PC Senior Shareholder Richard Glassman and Associate/daughter Lauran Stimac have been busy over the past several months serving as back-stage points of reference and inspiration for the NBC new hit legal drama “Bluff City Law.” NBC’s WMC-TV in Memphis prepared a story on the father/daughter duo, which can be read by clicking HERE.

As Glassman explained to NBC News, Bluff City Law producers walked into Glassman’s office earlier this year scouting locations to film. After finding out Glassman practiced with his daughter Lauran, their interest in the pair grew. That’s because in the drama – Jimmy Smits and Caitlin McGee – play a father daughter legal team in Memphis, tackling tough cases with southern charm and grit.

Thus far, Glassman and Stimac have been involved in the show’s filimg and research. The Firm is proud of the efforts of both.